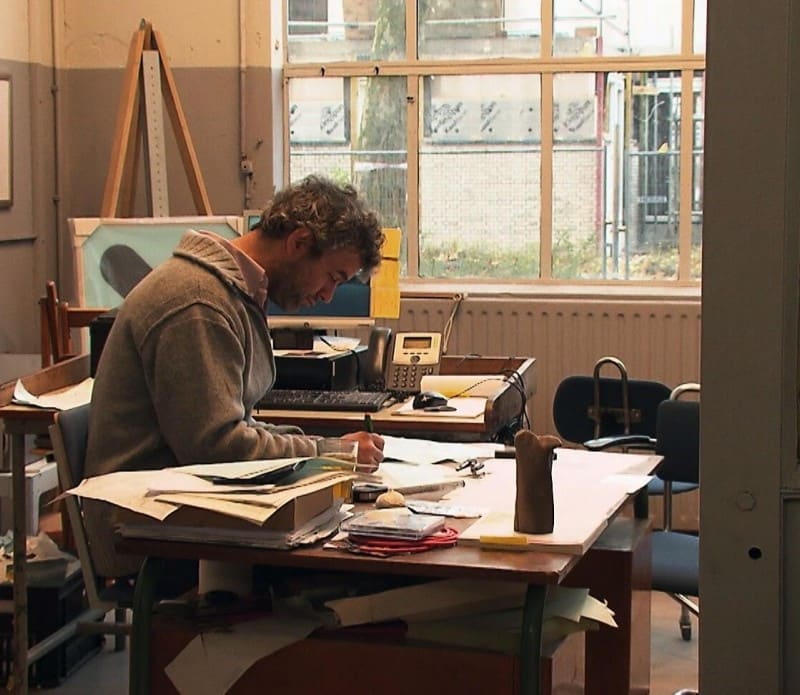 This is the second year that the Milano Design Film Festival is participating in the Jerusalem Design Week. This festival, which was launched in 2013 by the architect Antonella Dedini and the interior designer Sylvia Robertazzi, is held annually in Milano in October and presents a rich program of films on topics of design, architecture, urban planning and sustainability throughout the world. Each year, another leading designer is invited to curate the season’s program for the selected theme. In 2017, the designer Patricia Urquiola was chosen for the task. In addition to the event in Milano, the Film Festival holds cooperative events and hosts design events in Asia and in Europe. During the week, a selection of films from the Festival’s catalogue will be screened that address the year’s theme, accompanied by events, workshops and lectures. All of the films are in English and/or have English subtitles

Every age thinks it’s the modern age… – but this one, a time of always-on connectivity, ubiquitous computing, and the acceleration of everything, really is new. No longer even modern, we are allegedly postmodern, post-industrial, and hurtling towards the post-human. With its profusion of desire and superabundance of information, our age couldn’t be more different… DREAMS REWIRED offers another perspective. A montage of films from the 1880s to the 1930s, many rare and previously unscreened, it traces contemporary appetites and anxieties back to the birth of the telephone, television and cinema. Its claim: that the social convulsions of today’s hyper-mediated world were already prefigured over 100 years ago, during the electric media boom of the late 19th century. Early electric media were as revolutionary as social media are now

Dutch  designer  Piet  Hein  Eek’s  design  and  business  approachis  rooted  in  sustainable  thinking  and  in the concept of accessible design. A perennial swimmer against the tide, he launched his brand in 2010, when the financial crisis was at its height.  Filmmaker Niek Koppen  followed  him  from  2009  to  2016,through all the key stages in the setting  up  of  his  brand.  From the conversion of a former ceramic factory in Eindhoven into his headquarters, now split into a factory, shop, gallery and restaurant, and from the hatching of his business plan to his strategy for responding to the international crisis, including his split from his partner and lifelong friend Nob Ruijgrok, right up to his Jassa collection for IKEA, launched in 2017.  The camera doesn’t miss a trick but is careful never to gloss over the emotions

Transformation is first to transform the way we look at the city and the architecture. The film documents the emblematic approach of architects Anne Lacaton & Jean-Philippe Vassal and Frederic Druot. Strongly against the demolition-rebuilding policy of public housing stock implemented by the French government in 2003, these architects are committed into transformation of this existing social heritage

Throughout history, craftsmanship has been an essential part of our lives. Manifested in local Products, techniques and practical knowledge, it also helped us stay grounded and connected. But now, in an era where mass-production has almost entirely replaced traditional skill sets, we start to realize what humanity is losing. This documentary examines the important role that handcrafts can play in contemporary design culture. We accompany designer Emmanuel Babled across Europe, looking at the many facets of this challenge. How can new technology and tradition be combined in a meaningful way? Can we create a relationship that is mutually beneﬁcial for artisans and designers? Is it possible to make such methods of production sustainable on a social and ethical level? And if so, what is the path forward

After the screening, there will be a meeting with Jerusalem designers and artisans participating in the exhibition “The Matchmaker” at Hansen House