For the first time, a special collaboration will be held between the Israel Festival and the Jerusalem Design Week in the outer courtyard of the Jerusalem Theater on Chopin Street. Studio Magenta offers a new interpretation of the game of ping pong in the theater’s courtyard – which makes no use of the “legal” and traditional accessories – in an interactive installation created with a broad spectrum of colors and graphics, while dismantling and re-assembling all elements of the game. The public will be invited for two weeks to participate, watch and freely play in the events to be held in the courtyard. Visitors will also be invited to take part in a series of “battles” between the past and the future, and to decide on which side of the net they want to stand 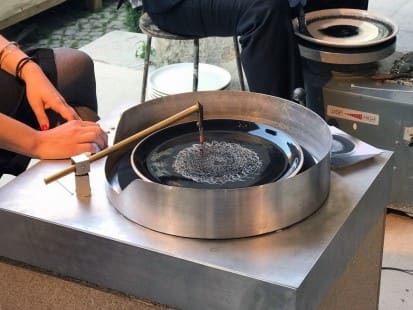